How did one man build himself up from common thief to Smuggler King? In a time of war and trouble across the British empire, Isaac Gulliver ruled over an epic smuggling empire spanning South England. This radio documentary strives to answer who this infamous Dorset character was, how he did it and how many of the legends can actually be believed.

Who knew that local history could be fun? Well, I’m ashamed to admit that I didn’t. That is until I decided to tackle a nugget of Dorset history for a radio documentary I recently produced, as part of my Public History MA. The task was to create a half-hour history programme from scratch on, well, absolutely anything. (Intimidating is an understatement!)

Perhaps I was homesick because, even with a whole world of options, I honed in on my home town of Wimborne Minister, Dorset and one of its most infamous residents: Isaac Gulliver, Smuggler King! I’d recently learnt about this character and was immediately hooked. Born in 1745, he started out as a common smuggler, but built himself up to rule over an epic smuggling empire and eventually became an extremely wealthy businessman!

In one document officials describe him as “one of the greatest and most notorious smugglers in the west of England“. Considering how rife smuggling was in the 18th and 19th centuries that’s a pretty big claim! 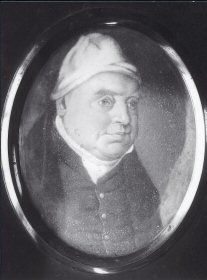 Isaac Gulliver in his 70s

I tend to avoid more straight-laced histories about British white men, (they’ve had enough coverage as it is!), but who doesn’t love a bit of smuggling history? Plus, throughout my research I discovered new dimensions to (and great legends about) Gulliver that makes him a really mysterious character. It’s frustrating, really!

The documentary includes stories of assassination plots, faked deaths, mysterious disappearances, smuggling churches, violent warfare and secret rooms. But what I also love about smuggling history is the fact that so much of what we understand today has actually been influenced by the books we read as kids and the TV shows we watch (Poldark anyone?).

Anyway, grab a cup of tea (or brandy if you’re feeling smuggler-y), settle in and take a listen. Please do let me know what you think – either in the comments or the contacts page. 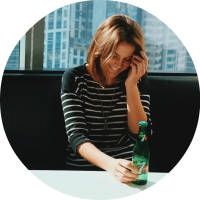 My name's Louise, I'm a multimedia journalist and writer, based between Dorset and London in the UK. 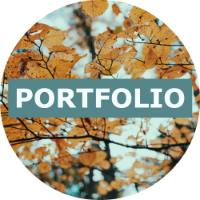 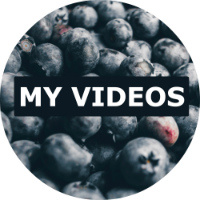 The 'dinosaurs' in Crystal Palace were put there by the Victorians in the early 1850s, for the opening of the fancy new Crystal Palace Park. They're pretty fun now, but would have been a huge deal at the time. Just a few decades after the first dinosaur skeleton was discovered, (and even before Jurassic Park), these were the very first full-scale 3D models of dinos made from fossil remains. I mean, scientists have since learnt these models are all wrong and the dinosaurs actually looked completely different, but...they're still cool! Even the grumpy little hog creature. 🦖🦕🐖 . . #Dinosaurs #CrystalPalace #Victorians
The Battle of Waterloo museum, (the 1815 Memorial Museum), just south of Brussels does not disappoint! Seriously, I'm not sure where they got the funding from - maybe the Belgians are super into huge massacre battles between European powers, the sickos! - but the museum is top notch public history and the views from the top of the accurately-named Lion's Mound aren't half bad either. . #BattleofWaterloo #Belgium #History
In this episode opener of Tracey Tooley Investigates I had to pretend to both enjoy football AND not know who Henry VIII is. What I'm trying to say is that I'm an acting genius. Where's my BAFTA? Also, Mona and Suzie Preece are brilliant, funny, talented *actual* actors! Check out our full episode all about Henry VIII's rivalry with King Francis of France (it'll make sense when you watch it, I hope) on @historicroyalpalaces YouTube channel: https://youtu.be/5VX3MmqUFng 👑⚽
Following a huge demand (2 people), here is a photo of said waffle I consumed in Brussels. It was delicious, completely unnecessary, and I promptly fell into a sugar coma. WAFFLE HISTORY FACT: The Brussels waffle was adopted by Americans (and Leslie Knope) after the Belgians showed off their sweet pancakes delights at the 1964 World Fair in New York City.
Back to work after a weekend exploring Brussels. I didn't have super high expectations of Brussels, (apologies to Belgians everywhere), but turns out it's a bloody lovely city packed full of history - and waffles! It's Grand Place is indeed grand (and a place!), with these almost arrogantly imposing gothic buildings towering over the square below. While the square has medieval roots, it was basically rebuilt after the bombardment of 1695 - the French weren't as big a fan of the waffles as I, was apparently... @mjelwell89
So happy that the latest series I worked on with @historybombs for Historic Royal Palaces is live! Join our intrepid History Reporter Tracey Tooley on the quest to uncover the *real* Henry VIII at Hampton Court Palace and the Tower of London! This series is the result of months of hard graft, with lots of lovely people, and I'm really proud of it. Check it out at YouTube.com/HistoricRoyalPalaces . . . #History #HistoricRoyalPalaces #TudorHistory